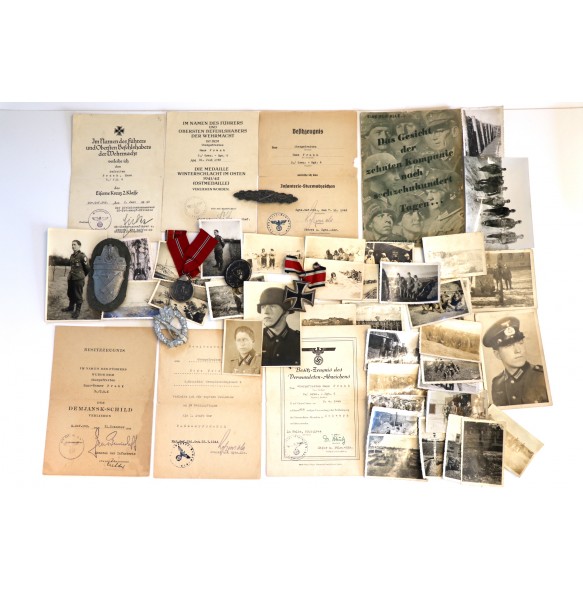 Large grouping to Hans-Werner Frank, member of the Infanterie- later "Grenadier Regiment 6". Frank was highly decorated for his participation in the battle of the Demjansk pocket. He was awarded with the iron cross 2nd class (award document given by the SS-Totenkopf and signed by SS-Obergruppenführer general der Waffen-SS Theodor Eicke), infantry assault badge, east front medal, Demjansk shield, close combat clasp in bronze and the wound badge in black (very unusual document print). The group comes with plenty of photos of Frank in winter scenario, some super photos show Frank with the close combat clasp and the Demjansk shield in wear.

The group includes the following awards + their award documents:

Also a special pocket book about this unit was made, this booklet is also part of the grouping.