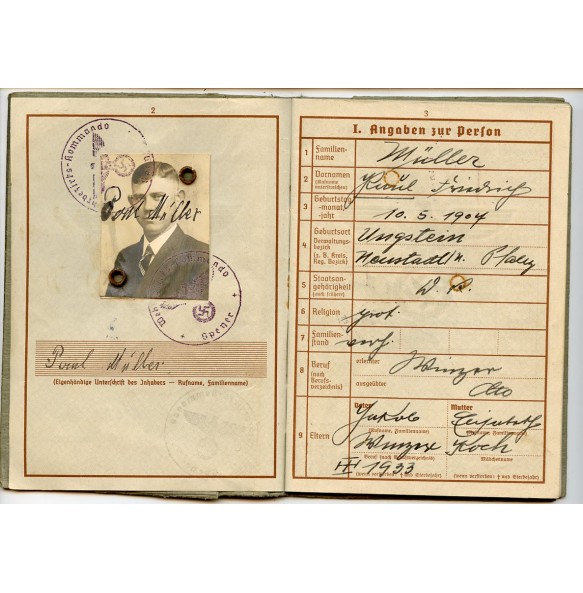 Wehrpass to Paul Müller. Müller was a member of several anti partisan units in Russia, so called "Sicherungs-Bataillone". In the battle calander several entries were made "battle against bandits, enemy groups". He operated in the region of Moscow during spring 1942, later within Heeresgebiet Mitte. When transferred to Grenadier regiment 406 ( 403. Sicherungs-Division!) he was active in Belarus and in the end of 1943 is stated "Fronteinsatz südw. and Witebsk" It was here where Müller was killed in action ("Katinegi"). He received the EKII from the 211 Infanterie Division who were also fighting in that area at that time.