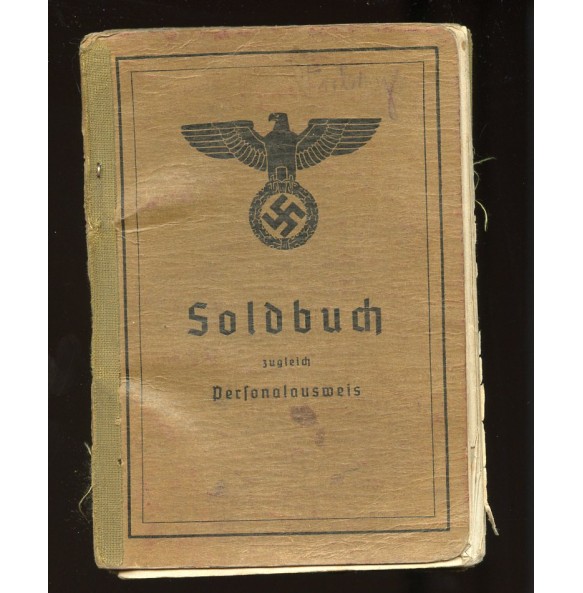 Soldbuch to Kanonier Karl Fabry. Member of several artillerie units, last Sturmgeschütz Ers. u. Aub. Abteilung 300. Fabry was placed in the hospital in september 1942 and never came out untill the end of the war. After an accident, he suffered from several other side effect, nerve break downs, tuberculosis,... He was placed from one to an other hospital. The Soldbuch remains completey intact with signs of age, all pages there. No uniform photo was ever placed in. No entries

Pages without entries are not scanned.