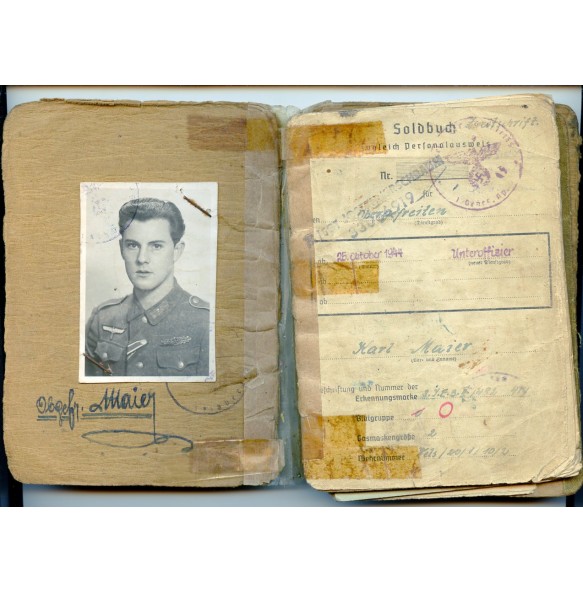 Soldbuch group to Kurt Maier, IAB, WB, WBS, .. CCC in bronze captured 1945. This Zweitschrift was probably started on 28.10.43 as the first entries of the earlier Infanterie assault badge in silver, iron cross 2nd class and ostfron medal were entered at the same time as the information of Maier on the first pages. After he got seriously wounded (Gomel / Bobruisk) Mainly served with the "Grenadier Regiment 135" and later with the intersting unit "Panzer Grenadier Alarm Battalion "Eberswalde"". Also a very late award entry for wound badge in silver in the hospital of Wels, Austria in March 1945, again for a battle enjury! Very interesting award entries and a fantastic uniform photo with close combat clasp in bronze in wear!  The soldbuch has all pages but remains in bad condition with some loose pages. Lots of entries. Comes with some other documents and paperwork.