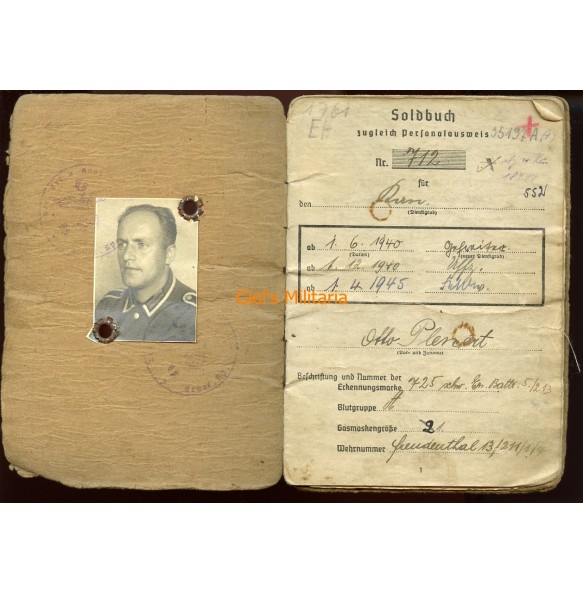 Soldbuch to Feldwebel Otto Plenert, initially started with the Artillerie Regiment 223 as part of the 223. Infanterie Division who saw lots of action in the Leningrad area. Later transfered to Gebirgsveterinärkompanie 95. Plenert was awarded to the rank of feldwebel and was awarded the KVKII, ostfront medal, Czech annexation medal. The Soldbuch is complete and very well filled out. With nice uniform photo of Plenert and some extra private photos (on one the very special "horse shoe" veterinary proficiency patch is visble!)

Nice complete soldbuch to an interesting Gebirgsjager unit that was part of the famous 5. Gebirgs-Division!