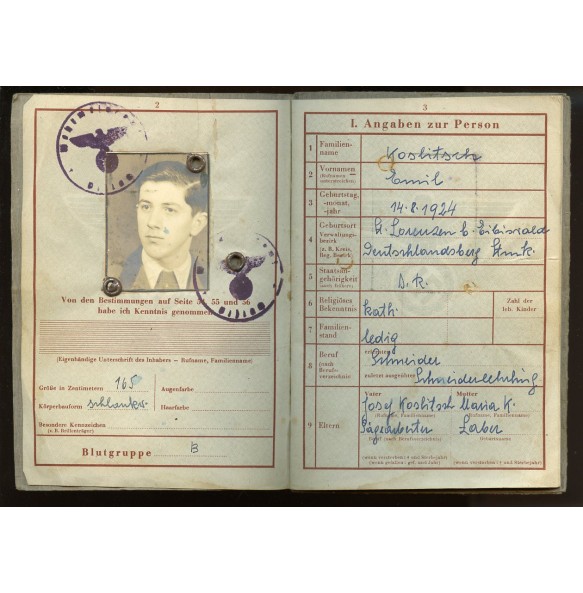 Wehrpass to Emil Koslitsch, member of the Gebirgsjäger Regiment 98. Koslitsch, experienced skier and mountain climber, entered the army end of 1942 as part of the gebirgsjäger Regiment 139 in Villach.  On 1.5.1943 he was placed in active service as member of the 7./Geb.Jäg.Rgt 98. Kostmich saw lot of heavy action Greece, the Balkan are and later the south of Hungary where he was first hit by a shrapnel and later killed in action. Kostlitsch was highly awarded for his bravery actions with the close combat clasp in bronze and infantry assault badge. Both awards and his promotion were probably given posthumly.

This later Zweitschrift was sent to the family of Kostlitsch.

Very interesting pass of an Obergefrieter than must have been through hell between the river Drau and the Balaton lake!