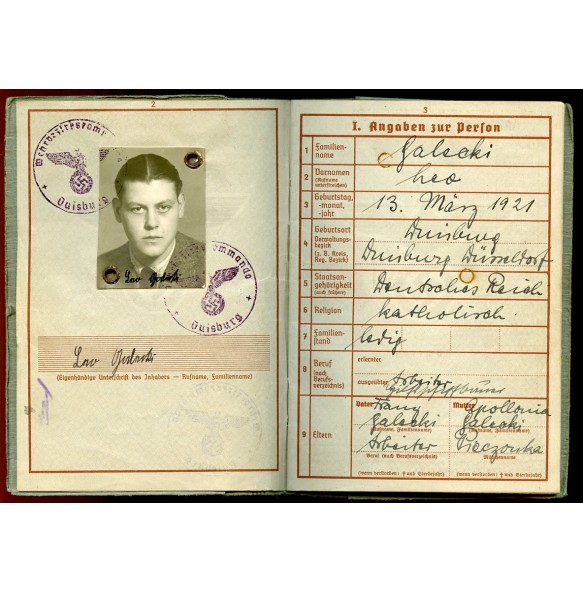 Wehrpass to L. Galecki, member of Geb. Jäg. Rgt. 756, previously trained in Holland (Alkmaar) and KIA in Djebel Alliliga, Tunesia 4.2.1943 shortly after his arrival. Wehrpass in excellent condition with photo of Galecki. No awards listed.

Wehrpass of an ultra rare tropical GJ unit that was also used as penal battalion ("Strafbataillon") which suffered heavy losses against British forces. In the starting fase they were accompannied by heavy Tiger 1 panzers from from the schwere Panzer Abt 501!