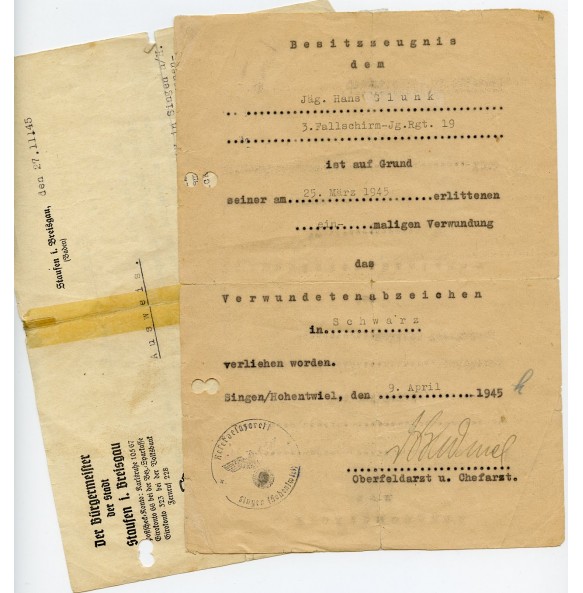 Wound badge in black document to Jäger Hans Glunk, member of the Fallschirmjäger Regiment 19 that was  send to Belgium in september 1944 to engage the American upcoming forces around Albert Channel and later the Maas-Schelde Channel.  Pulled back for Operation Market Garden, the unit saw action in  Venlo - Vierlingsbeek zwischen Venlo - Meijel - Sevenum and was placed under the 7. Fallschirmjäger Division in Venlo. Later in the Rhine Valley at Hamminkeln, Loikum were the regiment fought very heavily against British and Canadian paratroopers, Glunk got wounded on 25 March1945. He was send to the hospital of Singen and received the wound badge on 9.4.1945.

The document comes with an extra document regarding to his imprisonment.