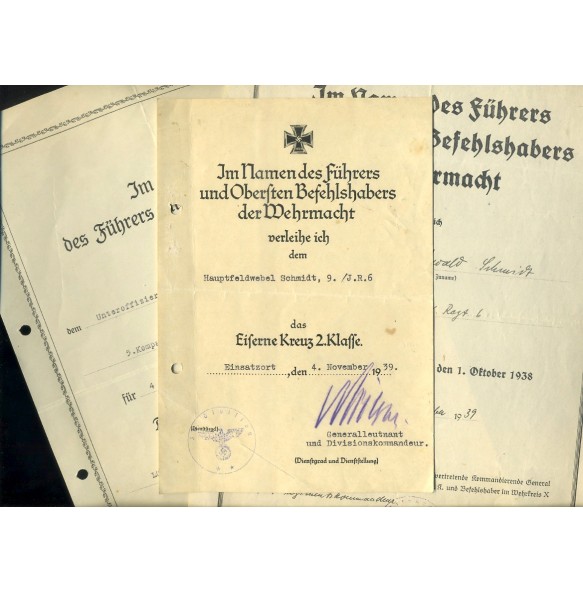 Small grouping to Hauptfeldwebel Ewald Schmid, member of the Infanterie Regiment 6 that was part of the 30. Infanterie Division. The grouping contains his 4 year service award document, 1st october annexation award document and the Iron Cross 2nd class award document that was awarded to him for the invasion of Poland. It's known that tis regiment was involved heavy battles in september 1939. Schmidt was awarded the Iron Cross 2ndc lass for his bravery in the field, an award that was rarely given out at that time!!! Signed by Generalleutnant and Divion Commander Kurt von Briesen, Knights Cross winner who was KIA in Russia 1941.

In 1940 the Division crossed Belgium through Mol, Antwerp, Oudenaarde and at the final days of May in west Flanders.