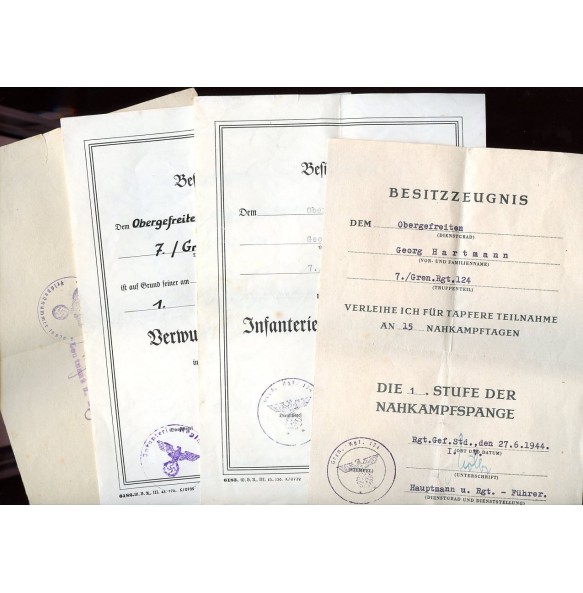 Small close combat clasp document grouping to Obergefreiter Georg Hartmann. Hartmann was a member of the 7./Grenadier Regiment 124 that was part of the 72. Infanterie Division. The division that was mainly part of Heeresgruppe Mitte was active in North Ukraine at the time of the award documents and fought heavy battles in for example Tscherkassy (where Hartmann was also wounded and received the wound badge in black).

All documents are A5 size and remains in good condition with normal signs of wear.

A small but nice combat group!