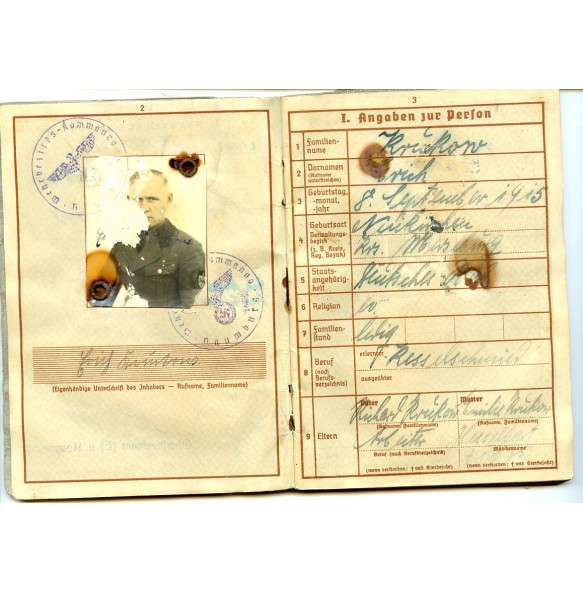 Wehrpass to Erich Kruckew, member of several flak units. Participated in Poland, France and in 1940-1941 part of an air defence batterie in Holland against English aerial attacks. Afterwards Kruchew was sent to Russia and participated in the famous battle of Cholm and Demjansk! He was later awarded with the Luftwaffe Flak badge and the Iron Cross 2nd class. Pass is complete but in salty condition. Original photo inside of Kruckew. In the end a calendar was put in to record airplane shot-downs, but unfortunately the records suddenly ended. Unknown what happened to this man after 1943.

Great pass of a highly awarded flak soldier who fought in Holland and was stuck in both famous pockets in the East!!