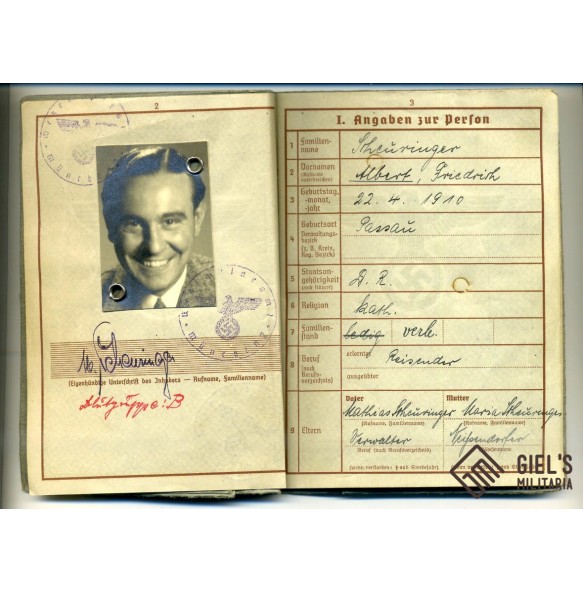 Wehrpass to A. Scheüringer. Scheüringer was a member of the 14. Panzer Abwehr Kompanie of the Infanterie Regiment 488. This regiment was part of the 268. Infanterie Division that fought against the French troops in the Maginot Line. As a member of a Panzer Abwehr unit Schëuringer was trained with not only the K98 but also the 3,7cm PAK, jut before the Blitzkrieg he was promoted to NCO. On 12.5.40 Scheüringer was wounded on the left hand (in Grossenwald) and received the wound badge in black on 20.5.40. Probably because of this wound he would never return to active front service again. He was transfered to an Ersatz Kompanie and was then employed in the Luftschutz of the area of Ülm. Here he was promoted to Feldwebel and received the War Merit cross with swords.

The pass remains in excellent condition.