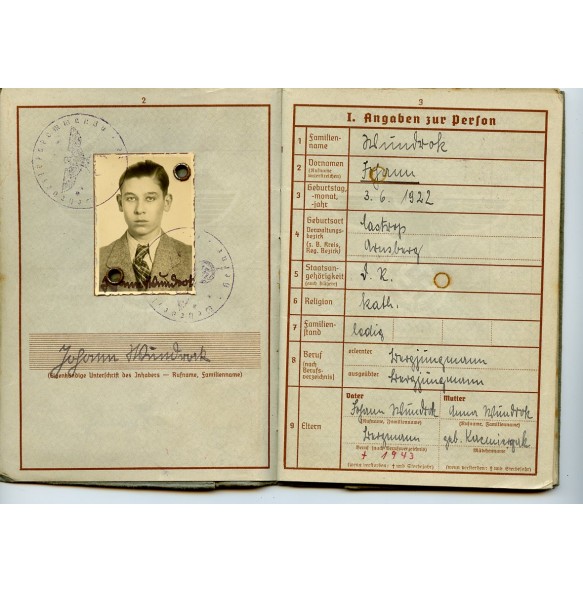 Wehrpass to Unteroffizier Johann Wildrock, member of several flak units including schwere Flakabteilung 496 and 555 who were active in the Luftgau Belgien-Nordfrankreich. After the invastion Wildrock stayed in this area protecting the land from English air attacks. He was trained with the Kommandogerät 36 and 40 (!!!) and classic 8,8 flak 18 in the Feld.Flak Artillerie Schule West (FFAS). On 1.10.41 he was already entitled with 70 days of enemy activity! Wildrock was awarded with the flak proficiency badge and later the actual Luftwaffe flak badge. He was promoted up to the rank of Unteroffizier, nicely stamped "Lg. P. A. Paris" for "Luftgau Post Amt Paris".

Top Flak wehrpass from an NCO who was trained with the Kommandogerät 36 and 40 at the Belgian and French coastline!