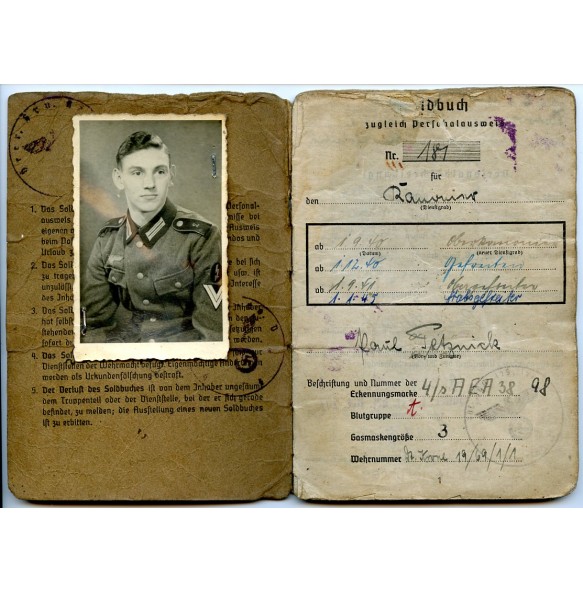 Solbuch to Stabsgefreiter Kanonier Paul Petznick. Petznick, born 5.1.1919 was trained with the Artillerie Lehr Regiment (based in Jüterbog) . He was tranfered to several army flak (Heeres Flak) artillery units and later joined the Heeres-Flakartillerie-Abteilung 316 active in the West and afterwards to the Festungs Infanterie Flak Btl. 837. No awards listed.

The soldbuch remains in good condition with signs of age. Swastika on the front cover was partitially ripped off. An original studio portrait of Petzinck in Artillerie "Lehr" uniform was stapled in as replacement photo for the original stamped photo.