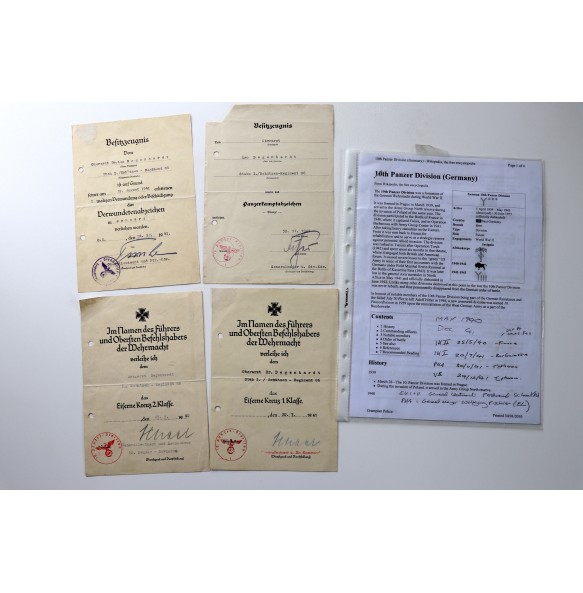 The award documents are complete with normal signs of age, small damage on the left corner of the PAB bronce document.

The grouping comes with some extra research from the previous owner.