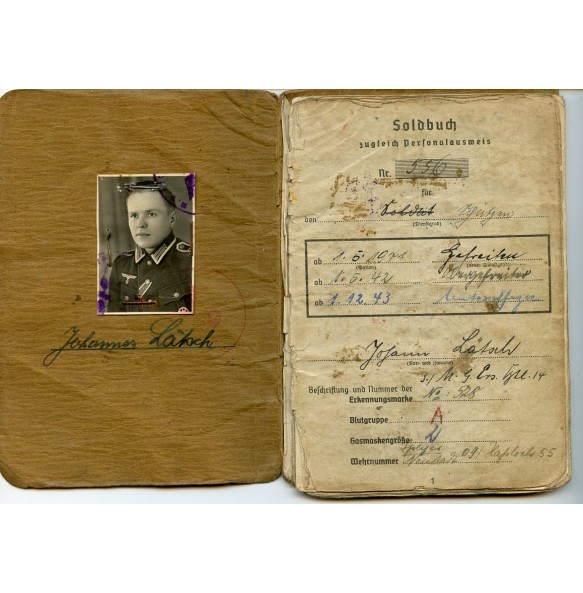 Soldbuch to Johann Lötsch. Lötsch was a member of M.G. Battalion 13. He was awarded with the Finnish freedom medal, east front medal and the general assault badge in 1942.

Later, Lötsch became part of the Grenadier Regiment 1216. The Regiment took position in the fortification of Metz and was destroyed in November 1944. Lötsch was awarded with the KVK2 in Metz earlier 217.1944. It seems that Lötsch was able to escape from Metz and was transferred to an other Ersatz unit later. He was wounded by  shrapnel (31b entry) on 20.3.1945 and remained in several hospitals untill the end of the war. Lötsch came in French captivity.

Nice soldbuch with a great portrait photo, assault list of 3 days. For sure a book which could use somemore research.