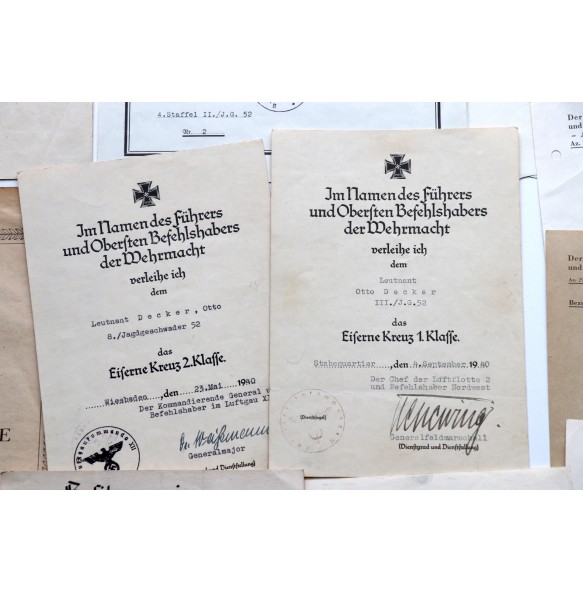 Grouping to Oberleutnant Otto Decker, member of the famous  Jagdgeschwader 52, with 45 confirmed air victories of which 2 in 1940: a Curtiss on 18.5.40 and a Spitfire on 25.7.40 in the area of Margate, UK! For these two shot downs he received both of the iron crosses. Decker was moved with his unit to the Eastern front where he was able to shoot down an impressive numbers of airplanes. With the grouping there is some extra documentation. Decker was KIA in the Stalingrad area 27.8.42.

The grouping contains out of the following documents:

From the complete Decker group there are two documents missing, the German cross in gold and the honour goblet. These two documents were split off the grouping but should be an a private collection.

Very interesting and almost historical important group of a smaller ace of the Jagdgeschwader 52!